In light of the internet meltdown surrounding the Game of Thrones’ Red Wedding, here are more reasons why you should read books so you can cry and get it out of the way so six years later you can watch them watch that episode /movie and then laugh at their pain cause you already got yours out of the way.

10. You would know the Time Traveler’s Wife actually had a cast of compelling protagonists with significant depth, instead of the weepy suckfest the movie became.

9. You would have understood any movie adaptation was bound to fail no matter how great the book for as long as the following are involved: 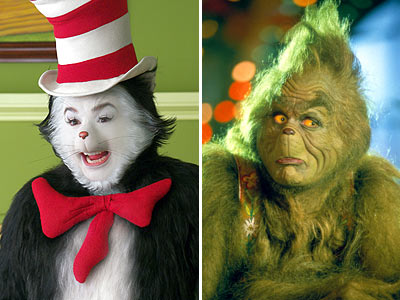 I did mention the meanness thing, right?

8. You would have actually LIKED the Golden Compass. It’s from the His Dark Materials series by Philip Pullman, and the first book was actually called the Northern Lights, and it was glorious so I don’t care that this is a run-on sentence anymore.

7. Amazing books you would have missed out on if you only had their horrible movies for basis: I am Legend, Dreamcatcher, the Last Stand, I Robot, Hitchhiker’s Guide to the Galaxy, The Count of Monte Cristo, The Handmaid’s Tale, The Girl with the Dragon Tattoo (Swedish version is said to be better, avoid the Daniel Craig version), Inkheart, Gulliver’s Travels, the Beach, the Percy Jackson series (Lightning Thief), The Iliad (that Troy movie, in case you’re asking), The Other Boleyn Girl, and more.

If you’d read the Hitchhiker’s Guide series by Douglas Adams, you would have understood what this picture meant.

6. Their movie adaptations would have made you love these books more: Howl’s Moving Castle, The Princess Bride, Empire of the Sun, Pride and Prejudice, Chocolat, Fight Club, Blade Runner (the book’s title is actually “Do Androids Dream of Electronic Sheep?“), Let the Right One In, L.A. Confidential, Jurassic Park, Silence of the Lambs, The Exorcist, Life of Pi, Lord of the Rings, The Kite Runner… I could go on. You might not have even known some of these started life as books.

4. You would have actually understood what the hell Dune was all about.

You would have also been spared the sight of seeing what Vladimir Harkonnen actually looks like.

3. You will understand that there is more to protagonists than having white skin and an American accent. Just in case we’re keeping score: Will from the Dark is Rising should be British, not American. Robin Hood must at least have an English accent, Kevin Costner. Jennifer Connelly should have been Hispanic in a Beautiful Mind. Nora from Warm Bodies is half-black, not Caucasian. Jack Reacher should be Jack Reacher, not Tom Cruise. (sorry. biased.) You need to understand books to understand why whitewashing is not okay.Remember the outcry when a black girl was cast as Rue in the Hunger Games? (let’s not even get into the fact that Katniss Everdeen is mentioned as taking after her father and having olive skin, as well as comparing herself to a girl from District 11 in Catching Fire) 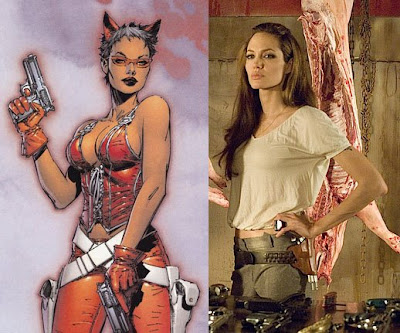 The Fox as depicted in the Wanted graphic novel (left) and The Fox in the movie, Wanted (right) 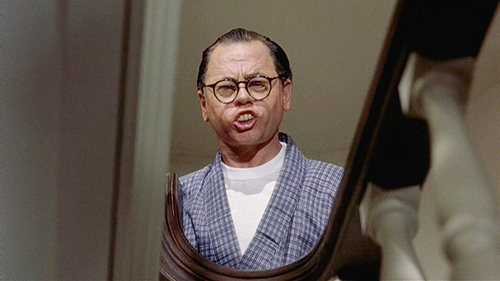 Mickey Rooney. The only thing wrong with the classic Breakfast at Tiffany’s. Which, by the way, was based on a novella by Truman Capote.

2. You would have known League of Extraordinary Gentlemen was not just about Sean Connery running around with a host of other fictional characters and being confused. Or that the only thing you’ll remember from Watchmen is Rorschach and some very weird sex.

Just a pathetic attempt to put a Rorschach image on my blog.

1. You would have known the World War Z movie already sucks even before it comes out in theaters. You’ve been warned.